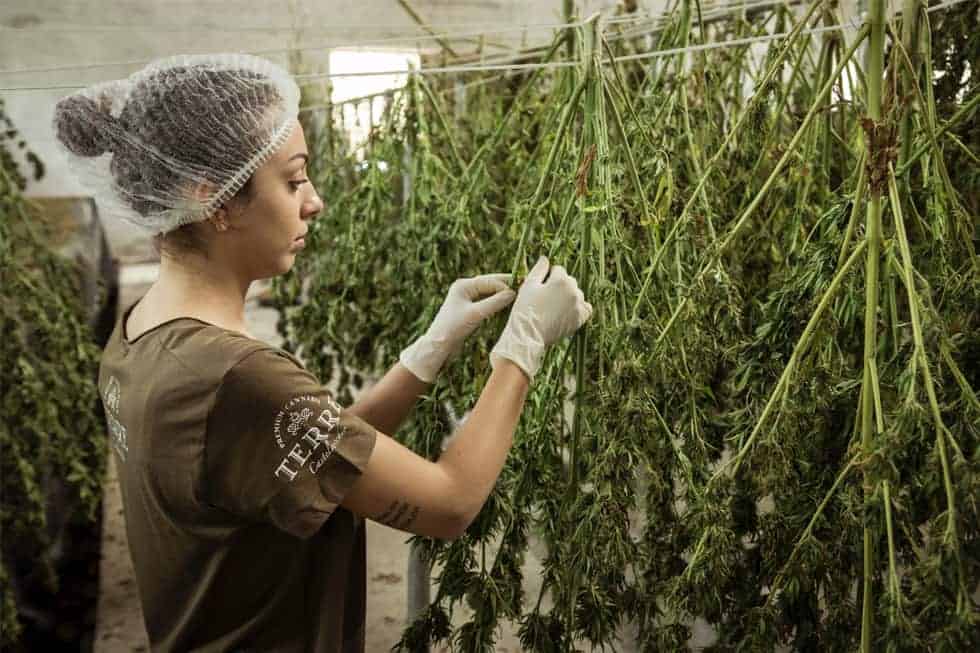 Quality Assurance. This is the one thing that is absolutely vital for any company and when you are selling medical or recreational cannabis that people consume on a large scale, it’s more than just expected. It’s the law.

You have probably heard of products that have been seized or recalled for failing some kind of standardized quality assurance test. For the most part, you will find that these products were cultivated using the wrong kind of pesticide or suffered from mold contamination that occurred during storage or transportation. Whatever led to the product failing the QA tests, the producer often suffers differing degrees of loss.

For starters, they lose money in the whole transaction as what was meant to be profitable inventory is now no longer going to hit the market. Secondly, they lose face in the eyes of the customer which often spirals down to their losing the market’s trust and eventually business. While it’s true that regaining the confidence of disappointed customers is an uphill battle, it’s also true that it can be done with the right kind of PR. There is, however, one loss that should concern every cannabis business owner whose products fail QA tests: loss of license.

The Increasing Cost of Poor Quality

Every single one of the 33 states that has legalized the use of medical marijuana and the 10 that have also legalized it for recreational use all have governing bodies tasked with ensuring public safety in the cannabis industry. Some of the regulating bodies include OSHA and the FCC. Strangely enough, the FDA has yet to join the fray but it’s only a matter of time before they do or until other regulating bodies heavily borrow from FDA quality assurance practices and apply those to the cannabis industry.

What stands out about the legalized cannabis industry is that because it’s so new – only about three decades old – there are so many things that haven’t been ironed out just yet. That is why you will find that every state with legalized weed has its own set of laws and regulations that the industry players within that state have to abide by to remain compliant.

The spirit of the law as it’s applied to these states is that the regulations are meant to ensure public safety. This is because cannabis touches on almost every sector of the market that interacts directly with consumers including:

Because these are consumables that come in many different forms and potencies, the regulating bodies concerned know that, without a tight grip on quality standards, the whole thing is just a public health and safety disaster waiting to happen. That is why they have placed the price of non-compliance or poor quality so high.

Not only do vendors who fail these tests and repeatedly refuse to institute the recommended remedies face hefty fines but also the very real risk of losing their marijuana trading license in that state. And it takes much more than just moving to a different state to get a new one as some states require you to have been a resident for a considerable amount of time or a native of that state to be granted a cannabis license.

Besides, your record will have already been blemished and, thanks to unifying platforms such as METRC that ensure inventory and quality tracking within the cannabis industry, regulating bodies can see just how badly you were at following the rules.

Your chances of coming back from being labeled a public health and safety risk are very slim within the ever-changing and ever-growing cannabis industry.

CAPA: Why It’s Necessary for the Cannabis Industry

CAPA, or Corrective Action and Preventive Action, is an integral and effective part of the quality management process in the cannabis industry. Since the exponential expansion of the weed industry, more and more regulating bodies have shifted their focus to industry players. There are numerous quality control requirements that have been set up such as Good Manufacturing Practices (GMP).

These processes are set up to ensure that the products within this industry are produced through thoroughly vetted and highly controlled processes that meet the highest possible quality standards set forth by the regulators. Basically, these processes are designed to minimize risk to both the producer and the consumer throughout the production chain and before testing.

What is the CAPA Process in Cannabis Quality Assurance?

CAPA is a well-documented process that helps identify and correct any existing or potential problems that may negatively impact cannabis product quality. This process often involves four key steps:

CAPA activities must occur in every process within the production chain. The overall objective is to prevent any type of recurrence or to completely avoid any quality issues that might go unnoticed at first only to end up being repeated throughout the chain. CAPA aims to instill the ability to identify and respond to improvement opportunities that could boost the quality of the product.

The initial impact assessment often determines the extent of the investigation. Should the associated impact or risk be deemed too great and have crossed public health and safety lines, there will be a variety of actions implemented to mitigate that risk. These actions may include:

A Deeper Look into the CAPA Quality Assurance Processes

Let’s take a deeper look into the Quality Assurance processes as laid out by CAPA to get a sense of what industry players need to do to ensure that their products are not only top of the line but also in compliance with the stringent quality control regulations placed upon the industry by the governing bodies.

This probably shouldn’t come as a surprise since most businesses carry out some kind of investigation into any potential or occurring issues that affect their bottom line. This investigation should cover the entirety of the problem, meaning that it should be clearly documented and defined so that even a layman could understand what the problem was. This problem description should strive to clearly answer the who, what, where, and when of the issue.

It should also cover the full scope or magnitude of the issue being addressed, highlighting whether or not a similar problem can be identified in other products aside from the batch under investigation. The problem description should also examine whether or not this is an isolated incidence or one with a pattern, such as only on certain days of the week.

2. Assess the Impact or Risk Associated with the Quality Assurance Issue

This is really where the definition of the issue, as well as its scope, pays off. It often includes a thorough evaluation of the associated risks or impacts it would have on the batch being studied, all other batches, and your cannabis business in general. The magnitude of these associated risks goes on to determine just how thorough an investigation into the production line is necessary.

Say, for example, your quality analysis guys found an issue with a batch that has a certain barcode. This entire batch will have to investigated to determine how deeply the issue runs and to see whether or not it’s systemic or a one-off occurrence. If the issue is found to be systemic then it’s good practice to investigate all batches once you realize that there may be a problem. If the issue concerns only one batch, then that is where the investigation should focus to determine what might have caused the problem to ensure that it does not recur or spread.

3. Investigate the cause of the issue

Often referred to as (RCA), Root Cause Analysis is a widely used tactic to identify the actual cause of a problem in any system using the CAPA principles. There are several investigative tools that can be used during this stage of the process to clearly identify the real issue is your production line. These investigative strategies are also used to identify any other contributing factors that led to the overall issue.

One of the most common investigative strategies employed here is the IS-IS NOT analysis. This strategy forces you to thoroughly examine the problem and think about it in its entirety. You must, however, only view it within particular boundaries to determine what it is and what it isn’t.

For example, let’s say the analysis determines that a certain product batch has been affected by mold. Your IS-IS NOT analysis will look at the issues associated with the occurrence of mold, including:

By determining the boundaries of the issue, you are better able to see it for what it really is and stand a better chance of catching any other contributing factors that could cause the same problem in the future.

This is the simplest yet potentially the most expensive part of the process. Once all the investigations are concluded and you have a comprehensive understanding of the issue at hand, you have to take measures to correct the issue. For the most part, if you are keen on implementing the CAPA process in every step along the production chain, there is a good chance that you will catch and stop most problems before they affect the entire chain. However, if you are one of the many people who only realize there is an issue when something significantly damaging happens, you may face dire consequences, such as recalling entire batches, facing hefty fines, losing customer trust or, even worse, losing your license.

To maintain high levels of Quality Assurance, companies should ideally strive to find faults before they occur or, at the very least, do all they can to ensure that these quality issues don’t occur in the first place. That often means strictly adhering to the principles that govern CAPA, as highlighted above. The reality on the ground, though, is that many, if not most, companies only ever realize that there is a problem once something undesirable occurs, such as:

The idea of monitoring all operations along the production chain is not just about being fussy or trying to find faults with your products. It’s about being proactive enough to realize that finding these faults early saves you a great deal of money and time and eliminates the risk of losing your customer base or even license.

Ask us anything
How can we help you?