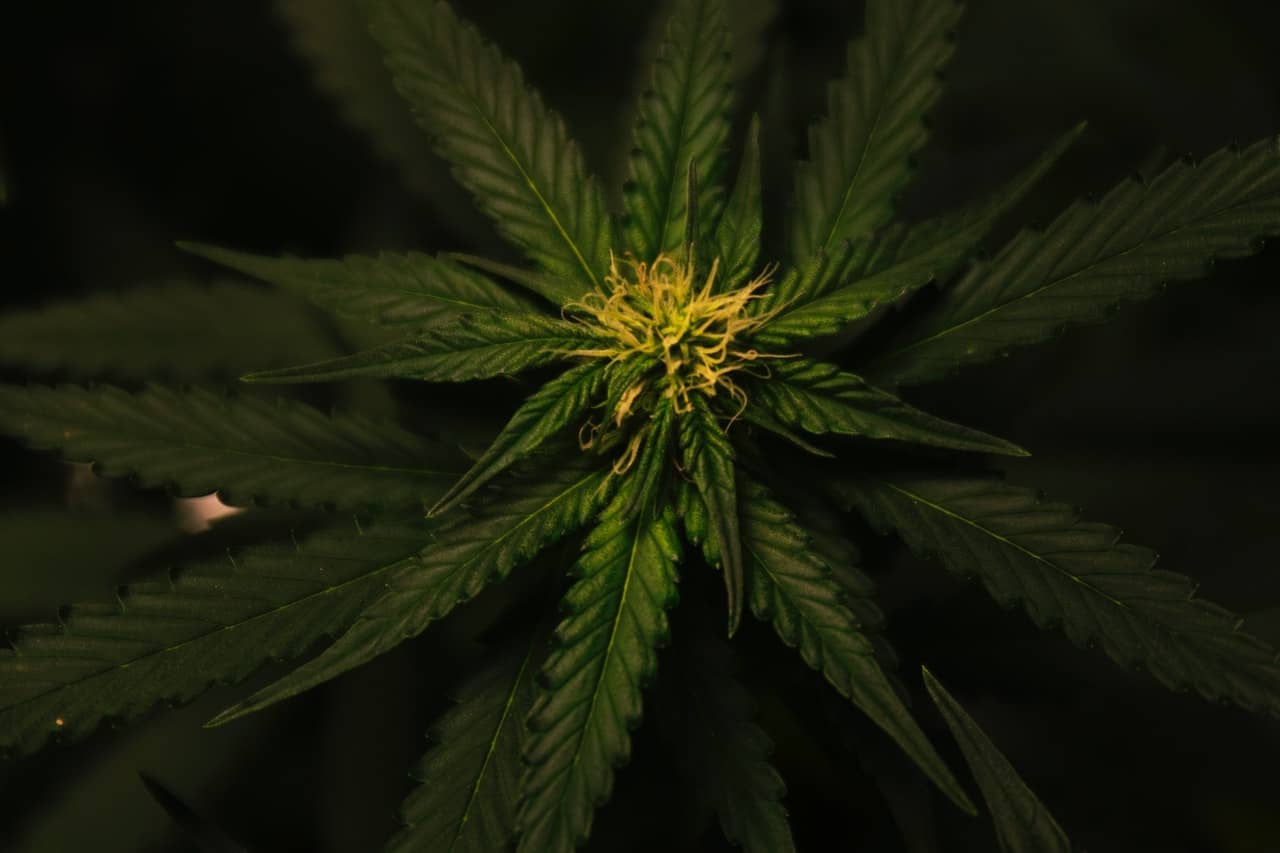 Dating back to thousands of years ago, hemp has always been one of the most useful and versatile crops a farmer can grow. From fiber, fuel, medicine, rope, paper, hempcrete, and biodegradable plastics, the list of products that can be made from hemp is indeed a long one.

According to archaeological research, the earliest evidence of industrial hemp usage was found in a Mesopotamian city, which is now in Turkey – excavation found hemp fabric from 8000 B.C wrapped around a skeleton of a baby.

Further, in a Chinese work of the Sung dynasty called Lu shi (500 AD), we find a reference to the Emperor Shen Nung, who lived during the 28th century BC and taught his people how to harvest hemp for cloth.

It was also found that Shen Nung prescribed marijuana tea for treating ailments such as malaria, rheumatism, gout, and also poor memory. After this, the usage of cannabis in medicine spread throughout the Asian continent, with physicians administering it for curing earaches to easing childbirth. From there, it became popular throughout the world.

In 1839, Irish doctor and medical researcher, William B. O’Shaughnessy studied the plant’s therapeutic effects in medicine. As a physician with the British East India Company, he found that it worked as a relief drug for pain caused by rheumatism and was also helpful against some symptoms of rabies, cholera, and tetanus. This was the earliest study of the benefits of cannabinoids in cannabis.

Following this, it was popularized across Europe and America. However, the American market began to wane at the start of the 20th century due to the Pure Food, and Drug Act’s introduction in 1906, which was put in place after 2-5% of the population got unknowingly addicted to morphine used in many medicines. Around 30 years later, possession of cannabis was made illegal across the United States under federal law, except for medical and industrial uses, which were taxed heavily.

The decades that followed saw several policies and acts revolving around controlling cannabis use in America until medical marijuana was finally legalized in the state of California in 1996. Many other states have since followed, and the plant seems to be heading in the direction of relaxed usage across North America.

The medicinal oils and extracts derived from cannabis are one of its most profitable and widely used byproducts. They are available in both tetrahydrocannabinol (THC) and cannabidiol (CBD) varieties, though most medical research has been conducted on CBD compounds. THC and CBD come from the same Cannabis sativa plant, but their chemical makeup, properties, harvesting process, and uses are different.

They have more or less similar medical benefits, but CBD does not cause intoxication, making it more preferable for regular usage. Intoxication is caused when the cannabinoid 1 (CB1) receptors in the brain bind with THC, but these receptors bind very weakly to CBD. THC is the primary psychoactive compound in cannabis that causes intoxication, so by law, all hemp products are required to have less than 0.3% THC for legal sale.

Since this level of THC in hemp does not cause any sedation or euphoric effects, the plant has been removed from the Controlled Substances Act. However, the Drug Enforcement Administration (DEA) and Food and Drug Administration (FDA) still classify CBD as a Schedule I drug.

So What Exactly Is This Famed CBD And How Does It Work?

Cannabidiol or CBD, which is more commonly referred to, is a compound found in the cannabis plant, as you know. It is one of 113 identified compounds in the plant and is a major player (along with THC), accounting for up to 40% of its extract. It has been known to help with anxiety, pain, movement, etc., and a number of clinical trials have been conducted to efficiently prove this.

In one randomized trial conducted in 16 dogs, CBD infused oil’s efficiency and safety (2 mg per kg every 12 hours) in relieving pain caused by osteoarthritis was studied compared to a nonsteroidal efficiency anti-inflammatory drug (NSAID) or placebo treatment.

The trial lasted four weeks, with a two-week washout period. Scores showed that CBD treatment resulted in a significant decrease in pain and an increase in activity. The NSAIDs were also effective to a certain extent but did not provide adequate pain relief. So at the end of the trial, it was suggested that 2 mg per kg of CBD oil administered two times a day can help increase comfort and activity in dogs with osteoarthritis.

In one other human trial, around 60 men were given either oral CBD or a placebo one and a half hours before taking a public speaking test. The results found that a 300-mg dose of CBD was the most effective at significantly reducing anxiety during the test. The placebo has little or no effect on the test subjects.

Another trial administered a dose of 600 mg of CBD oil to 9 men and found it reduced resting blood pressure, compared to a placebo. Stress tests that increase blood pressure were also given to these men, and further results found that the CBD caused a smaller blood pressure increase than usually expected.

CBD is also shown to cause cancer cell death in breast cancer patients and may reduce nausea and vomiting caused by chemotherapy.

It is known to regulate functions such as sleep, mood, appetite, cognition, etc. CBD works by stimulating the receptors so that the body produces its own cannabinoids called endocannabinoids.

From the above information, we know that CBD is an extremely beneficial compound with a number of uses. For this reason, CBD farming is steadily growing globally, with more and more farmers planting the crop each year.

Let’s look into how to harvest hemp for CBD production:

CBD biomass is grown outdoors in 4’ x 4’ rows with 6-8 feet between each one, depending on the type. For CBD flowers, indoor facilities are best as they provide more control over the growing environment.

If pH is not correct, it may become too alkaline (above 7.5) or too acidic (below 5.5) and cause a deficiency in nutrients. In addition to this, the temperature needs to be semi-humid at 60-80 degrees F. It needs 15-20 inches of rainfall during its life cycle, so planting around May or June is best to avoid problems like excessive water or frost risk.

The plants require 3-4 months to mature – Nitrogen is favorable during the vegetative stage while phosphorus and potassium are effective during the flowering stage.

These trichomes, which look like tiny stalks with bulbous heads, will cover the bud and leaf’s surface. Throughout the maturation process, trichomes will range from clear to amber. The clear ones lack full resin development, so they are underdeveloped, but the amber ones are fully developed but may be close to degradation.

Make sure to assess them and harvest before maximum resin concentrations as plants grown outdoors can have amber trichomes due to more sun exposure.

On the other hand, harvesting for medical CBD hemp is done thoroughly by hand. This is so that the flowers remain clean and fully intact, preventing mishandling and loss of trichomes rich in resin.

Farmers use machetes, shears, or tobacco knives to cut the stalks. If you plan to screen-dry hemp, you need to cut smaller sections, so it is easier to lay on screens. If you are going to screen-dry it, larger sections will work.

Commercial dryers offer stable, controlled environments, though the maintenance and cost are higher. The drying process can take anywhere between 3-14 days to fully dry down, depending on factors such as humidity, temperature, and airflow. Ideal temperatures for drying efficiently range between 60-70 degrees F with 45-55% humidity.

Smaller buds dry within five days while a larger one may require an extra four days. Keep in mind that drying at higher temperatures may help speed the process, but you also risk the product’s degradation by doing this.

The Drying Process for Each End Product Is Different

After the drying process, CBD products, especially those used for food and medicine, must be stored appropriately in facilities that allow control of temperature, humidity, light, and hygiene to maintain potency, purity, efficacy, and cleanliness of the end product before packaging.

After this entire process is complete, the CBD product can then be transported to another facility for specialized extraction of the CBD oil from the flower buds and biomass. The materials undergo multiple refining processes before being made into tinctures, capsules, and other retail products.

Your trusted partner in the Cannabis Industry.

With the help of our team and platform, we can provide your cannabis business with the tools you need to thrive and succeed.

Schedule a live demo today to learn how you can use Nugistic’s technology to grow your business faster.